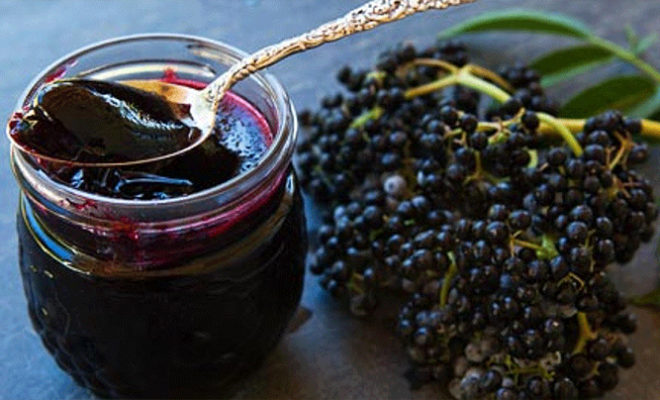 If you are prone to getting the flu or just want to strengthen your immune system then you might want to consider elderberry extract. According to our friends at Living Traditionally it is “the most important weapon against influenza that you can add to your herbal arsenal”.

While the flu shot certainly is an option it’s effectiveness can be challenged. Dr. Mercola recently cited the CDC which stated that, “In January 2015, U.S. government officials admitted that, in most years, flu shots are, at best, 50 to 60 percent effective at preventing lab confirmed influenza requiring medical care”.

And what about the side effects. The CDC themselves have listed the following as common side effects from the flu shot.

Common side effects from the flu shot include:

I don’t know about you, but none of that sounds very good. So what is the answer? How can I protect myself against the flu?

Unlike the highly touted flu shot, black elderberry has actually been conclusively proven to be effective according to research. It is one of the few natural remedies that has been tested, studied, and reported on in numerous medical publications.

Let’s take a look at some of the findings based on black elderberry extract (Sambucus nigra L) – name brand Sambucol.

According to PubMed: Sambucus nigra L. products – – are based on a standardized black elderberry extract. They are natural remedies with antiviral properties, especially against different strains of influenza virus. Sambucol was shown to be effective in vitro against 10 strains of influenza virus. In a double-blind, placebo-controlled, randomized study, Sambucol reduced the duration of flu symptoms to 3-4 days.

The Journal of International Medical Research concurs that elderberry extract is a proven treatment, referencing a different study:

Elderberry has been used in folk medicine for centuries to treat influenza, colds and sinusitis, and has been reported to have antiviral activity against influenza and herpes simplex. We investigated the efficacy and safety of oral elderberry syrup for treating influenza A and B infections. Sixty patients (aged 18 – 54 years) suffering from influenza-like symptoms for 48 h or less were enrolled in this randomized, double-blind, placebo-controlled study during the influenza season of 1999 – 2000 in Norway. Patients received 15 ml of elderberry or placebo syrup four times a day for 5 days, and recorded their symptoms using a visual analogue scale. Symptoms were relieved on average 4 days earlier and use of rescue medication was significantly less in those receiving elderberry extract compared with placebo. Elderberry extract seems to offer an efficient, safe and cost-effective treatment for influenza. 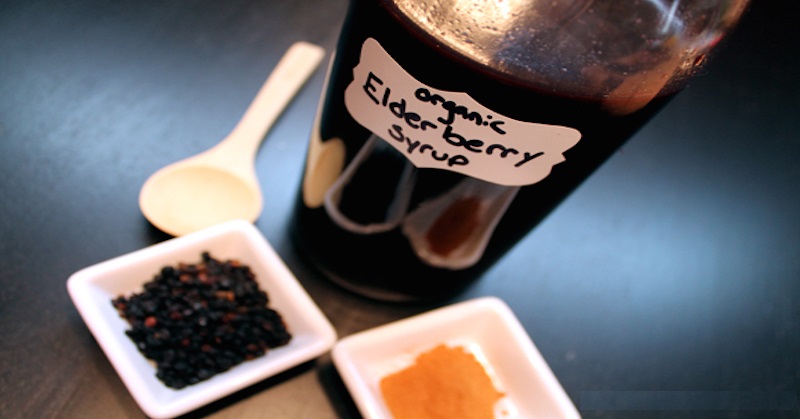 The medicinal use of the elderberry is nothing new. Mentioned in ancient medicinal texts, the humble black elderberry has been used as a multi-purpose treatment for centuries. In 400 BC, Hippocrates referred to the elderberry bush as his “medicine chest” because of its varied uses, and it was mentioned several times in the writings of Pliny the Elder when he recorded the practices of the ancient Romans.

To learn more about the historical uses of all components of the elderberry bush, check out this detailed article on Botanical.com.

Scientists have isolated the active compound in the elderberry. It is called Antivirin and is found in proteins of the black elderberry. The compound prevents the flu virus from invading the membranes of healthy cells.

The main flavonoids present in elderberries are the anthocyanins cyanidin 3-glucoside and cyanidin 3-sambubioside, and are detectable in plasma after oral intake of elderberry extract. A possible mechanism of action of elderberry extract in the treatment of influenza is that the flavonoids stimulate the immune system by enhancing production of cytokines by monocytes. In addition, elderberry has been shown to inhibit the haemagglutination of the influenza virus and thus prevent the adhesion of the virus to the cell receptors. Anthocyanins also have an antiinflammatory effect comparable to that of acetylsalicylic acid; this could explain the pronounced effect on aches, pain and fever seen in the group treated with elderberry syrup. (source)

This is especially important with something like the Avian flu, which, according to the CDC, has a mortality rate of 60% in the 600 cases reported worldwide. At this point the Avian flu is rarely transmissible to, or between, humans. The fear is that a mutation of the virus could change that, instigating a deadly pandemic. (Alarmingly, the Avian virus has been successfully mutated by scientists, causing public outcry that this “research” could be weaponized in the future, but that’s a different article.)

Since the first avian influenza outbreak, in 1997, there has been concern that the influenza A (H5N1) virus might either mutate and adapt to allow efficient transmission during the infection of mammals or reassort its gene segments with human influenza viruses during the coinfection of a single host, resulting in a new virus that would be both highly lethal and transmissible from person to person. Such events are believed to have preceded the influenza pandemics of 1918, 1957, and 1968. Several lines of evidence indicate that the currently circulating influenza A (H5N1) viruses have in fact evolved to more virulent forms since 1997, with a higher mortality among human cases, different antigenic properties, a different internal gene constellation,and an expanded host range. (source)

According to a study by Zacay-Rones in 1995, black elderberry was proven to be effective against the Avian flu, specifically Panama B strain.

A placebo-controlled, double blind study was carried out on a group of individuals living in an agricultural community (kibbutz) during an outbreak of influenza B/Panama in 1993. Fever, feeling of improvement, and complete cure were recorded during 6 days. Sera obtained in the acute and convalescent phases were tested for the presence of antibodies to influenza A, B, respiratory syncytial, and adenoviruses. Convalescent phase serologies showed higher mean and mean geometric hemagglutination inhibition (HI) titers to influenza B in the group treated with SAM than in the control group.

A significant improvement of the symptoms, including fever, was seen in 93.3% of the cases in the SAM-treated group within 2 days, whereas in the control group 91.7% of the patients showed an improvement within 6 days (p < 0.001). A complete cure was achieved within 2 to 3 days in nearly 90% of the SAM-treated group and within at least 6 days in the placebo group (p < 0.001). No satisfactory medication to cure influenza type A and B is available. Considering the efficacy of the extract in vitro on all strains of influenza virus tested, the clinical results, its low cost, and absence of side-effects, this preparation could offer a possibility for safe treatment for influenza A and B. (source)

Sambucol has been shown to reduce the symptoms and the duration of flu sufferers. It has been tested on both Influenza A and Influenza B strains. In one study it was noted that subjects taking Sambucol instead of a placebo took fewer over the counter medications to relieve symptoms like fever, aches and congestion.

Thom’s findings were presented at the 15th Annual Conference on Antiviral Research in 2002. The study has been accepted for publication in the Journal of International Medical Research.

Sambucol will not prevent the flu, but will shorten the duration and severity of the flu.

How to Take Elderberry Extract 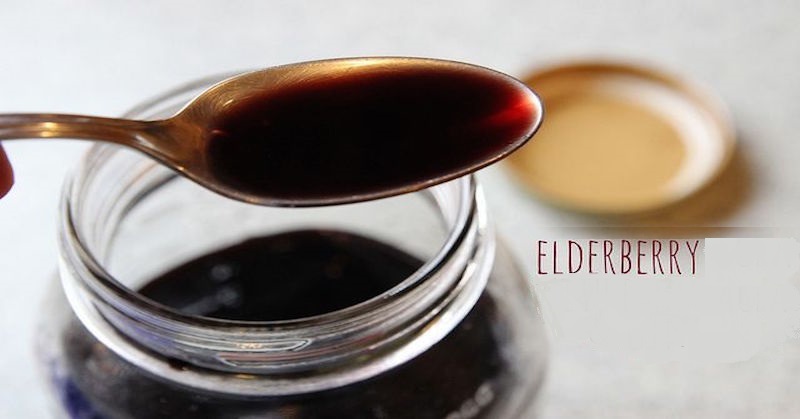 There are a few different ways you can take the pleasant tasting liquid:

Make sure to store your elderberry extract in a cool dry place – or just keep it in the refrigerator.

Unlike chemical medications, there have been no reported side effects from Sambucol. Although you should always check with your physician before taking this or any other remedy. It is safe for children over 2 and the elderly. No studies have been done regarding the safety of Sambucol during pregnancy or breastfeeding. There are no reported contraindications for those taking other medications, or those who suffer from asthma or high blood pressure.

Research is ongoing regarding the use of Sambucol for the treatment of allergies, cancer, inflammatory disorders and HIV.

EYC Editor’s Addition: Though elderberry extract is very affordable, I’ve added the video below should you wish to make your own elderberry tincture.

This article is reproduced with permission from TheOrganicPrepper. Please check the website out–it’s great and you should honor Daisy Luther’s guidelines for republishing.